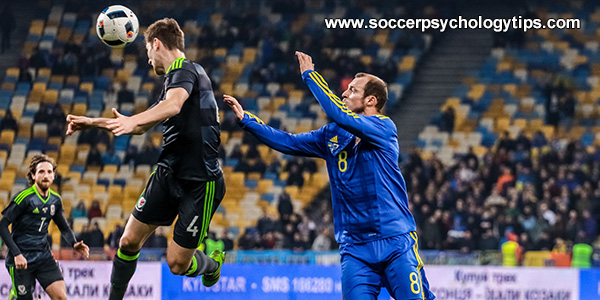 How to Let Go of Mistakes and Refocus

Have you ever made a mistake early in the game that affected you for the rest of that game?

Were you thinking too much about that last play and what others might be thinking?

Were you trapped in thinking about the past?

Did you let your frustration show?

Willy Caballero, who is currently Argentina’s starting goalkeeper, had a costly mistake early in the second half against Croatia.

Caballero came into the tournament as Argentina’s third goalkeeper. Though, he became the starting goalkeeper when Romero suffered a pre-tournament injury.

The public was against this decision by the Argentinian coach and believed Franco Armani should have been starting instead of Caballero.

In Argentina’s first game against Iceland, Caballero made a mistake that resulted in an Iceland goal. That game ended in a 1-1 draw.

In their most recent game against Croatia, Caballero completely mishit a lobbed pass and Croatia ended up with a goal.

This was the first of 3 goals for Croatia.

What happened after Caballero’s mistake though, is what people remember most…

He covered his head and then his face with his hands. His reaction said it all.

This seemed to be as bad as it gets as far as goalkeeping errors are concerned.

Caballero lost composure in that moment.

The response to his mistake demonstrated that.

Though, was he able to let it go and continue playing in the present?

Croatia scored three goals, not only one, which likely suggests they were the better team.

However, was Caballero still fighting frustration after his mistake on the first goal?

Did his defeat influence his ability to continue playing?

We tell our athletes that it’s okay to get frustrated, but not let it affect your performance.

If you’re a competitive athlete, it’s irrational to expect that you’ll stay completely composed through an entire game.

What’s most important is your ability to let go of your errors and refocus on the next play or touch.

There’s no way you can play in the present if you’re still worried or focused on your last mistake.

You create a split focus for yourself, unable to give your full attention to what’s most important.

To help you let go of mistakes and refocus during a game, use the 10-second rule.

After an error, you can be frustrated, upset, angry, etc. for just 10 seconds.

When your 10 seconds are over, let it go; park that mistake on the sideline.

You can pick it up after the game if you must, but during the game, bench it so you will be able to finish strong.

Mistakes are a part of soccer.

Even the professionals, like Caballero, make some of the “worst” ones.

You can’t expect to be perfect, or even to not become frustrated. Your strength lies in your ability to let go of mistakes and recover.

To learn more about letting go of mistakes and refocusing, check out our audio and workbook program “Soccer Confidence“: