Finding the Positive in Every Game Is there such a thing as a positive loss in soccer? Many players think of performances in “black or white” terms… A win is good, a loss is bad… I played great or I had a horrible game. But there is an entire gray area when it comes to performance, such as the following examples: Your team was dominating the entire game … END_OF_DOCUMENT_TOKEN_TO_BE_REPLACED 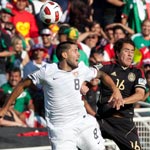 How To Deal With A Tough Loss Soccer is a 90-minute battle that can be physically, mentally, and emotionally taxing especially when you lose the game. As if losing isn’t bad enough, it is more difficult when your team dominated the action throughout the game and a few costly mistakes gave the other team the game. Can you recall a game where your team controlled most … END_OF_DOCUMENT_TOKEN_TO_BE_REPLACED 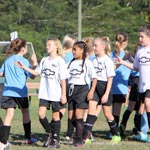 Parents: Help Players Move on After a Loss Participation in soccer allows young athletes to learn from an early age how to deal with the disappointment of losing games. Your role as a soccer parent is important in helping soccer players move on from mistakes or losses in order to gain the benefits that sports provide. Athletes tend to be critical and it’s challenging … END_OF_DOCUMENT_TOKEN_TO_BE_REPLACED 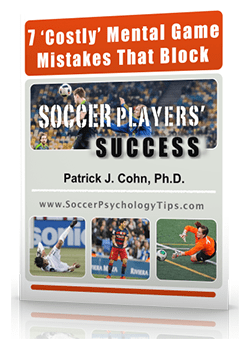